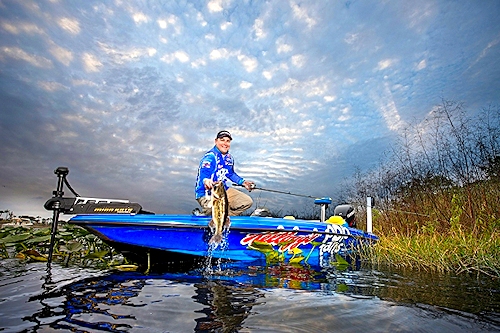 McGaugh RV Center is located Springdale, Arkansas and is your one stop shop for all your RV needs. Voted North West Arkansas BEST OF THE BEST 2011!  We've been providing low prices on new and used motorhomes, travel trailers, toy haulers and fifth wheels for the Springdale, Fayetteville, Bentonville, Tulsa, Fort Smith, Arkansas, Oklahoma, Missouri, and Texas areas for over 40 years. 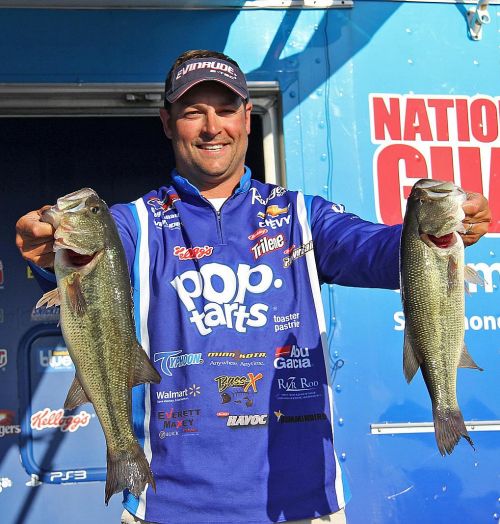 
Prespawn bass fishing is widely known as a “zero-or-hero” season for many anglers. While it might be relatively simple to locate fish, it’s not always easy to make them eat. Pop-Tarts pro Greg Bohannan of Rogers, Ark., lets us in on the prespawn crankbait arsenal he uses to pry open the lips of tricky prespawn bass.

“When I am around rocky points or flats, I have found that you can’t beat this crankbait,” Bohannan says. “It digs into the rocks with an unparalleled ricochet action that drives fish crazy.”

Bohannan has found the Wiggle Wart to be especially effective on main-lake channel swings, deep banks and backs of pockets where the bottom is covered by baseball-sized or bigger rocks. He prefers the 3-inch model in the naturalistic green crayfish color.

When prespawn bass get into their occasional funk, Bohannan instinctively reaches for his trusty Shad Raps in red crawdad color pattern.

“Something about the subtlety of a Shad Rap is unbeatable in tough conditions,” the pro claims. “A No. 5 Shad Rap is great on shallow gravel points, while a No. 7 Shad Rap is money on deep clay banks in the backs of pockets.”

Technique is based on water temperature. When the water is about 47 degrees, Bohannan burns the Shad Rap as fast as he can. When it’s below 45 degrees, he’ll throw the more subtle No. 5 model on a 5:1 retrieve ratio cranking reel to move it along more slowly.

“In the late spring prespawn season, especially on sunny days, I love throwing a Strike King 2.5,” testifies Bohannan. “I’ll throw it around shallow rocks a ton once they have been warmed up by the sun. When the water reaches the low 50s, it’s game time with the 2.5”

Bohannan suggests using a 6:1 reel and 15-pound-test fluorocarbon for abrasion resistance when cranking around shallow rocks. His favorite color is chili craw.

“For deeper fish, perhaps in the earlier prespawn stages, I’ll throw a Norman Deep Little N almost exclusively,” Bohannan says. “It runs just a tad deeper than the Wiggle Wart, but sometimes prespawn fishing can be a game of inches.”

The Arkansas native loves to fish this crankbait around deep rock bluffs and deep channel-swing banks. In order to obtain the premium depth, action and speed for the Little N, Bohannan suggests retrieving it with a low retrieve ratio cranking reel. His favorite color is black with a red belly.

“If the lake is in the middle of a prespawn warming trend, a 1/2-ounce Strike King Red Eye Shad is outstanding,” says Bohannan. “It’s even better with a little bit of wind and a bluebird sky.

“I love to burn it across the back flats of short pockets when the water temperature is in the 46- to 49-degree range.”

While most anglers prefer to fish lipless crankbaits around grass, Bohannan has a different approach. He targets gravel flats, roadbeds, hard-bottom creek beds or any other hard bottom, working the Red Eye Shad at a fast clip to keep it above the fish. His go-to color is chili craw.

Editor’s note: This is just a sample of the kind of great content readers will find when they open the pages (or navigate through the online edition) of the March issues of FLW Bass Fishing and FLW Walleye Fishing magazines, both offering many articles to help improve your fishing.

Beyond the Basics - Greg Bohannan on the Wiggle Wart